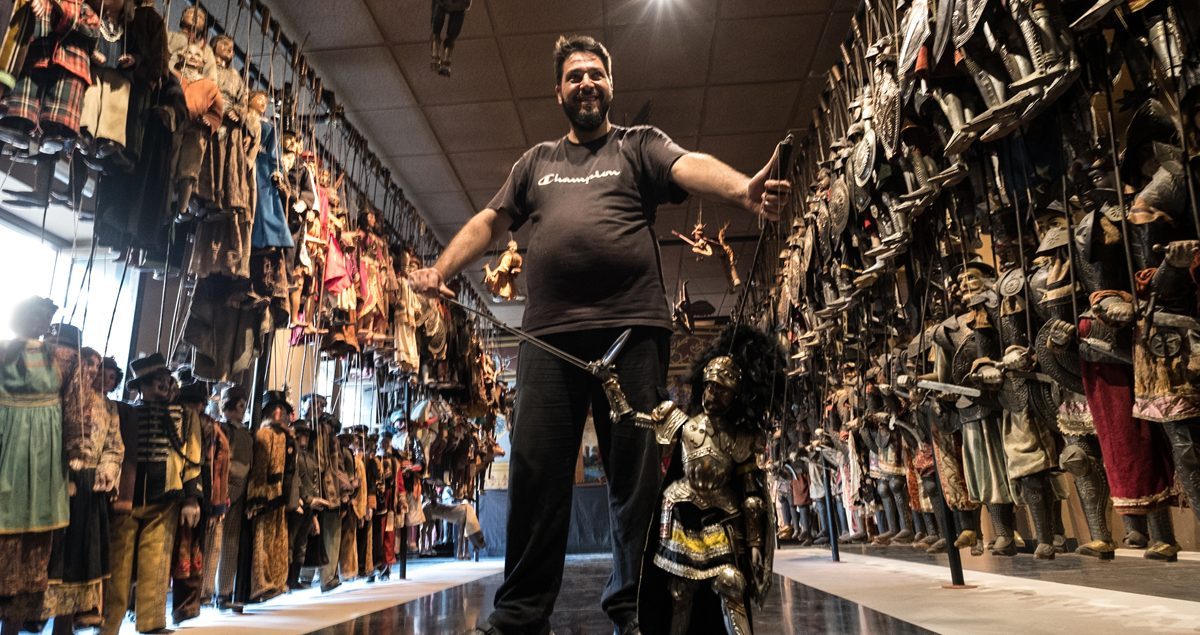 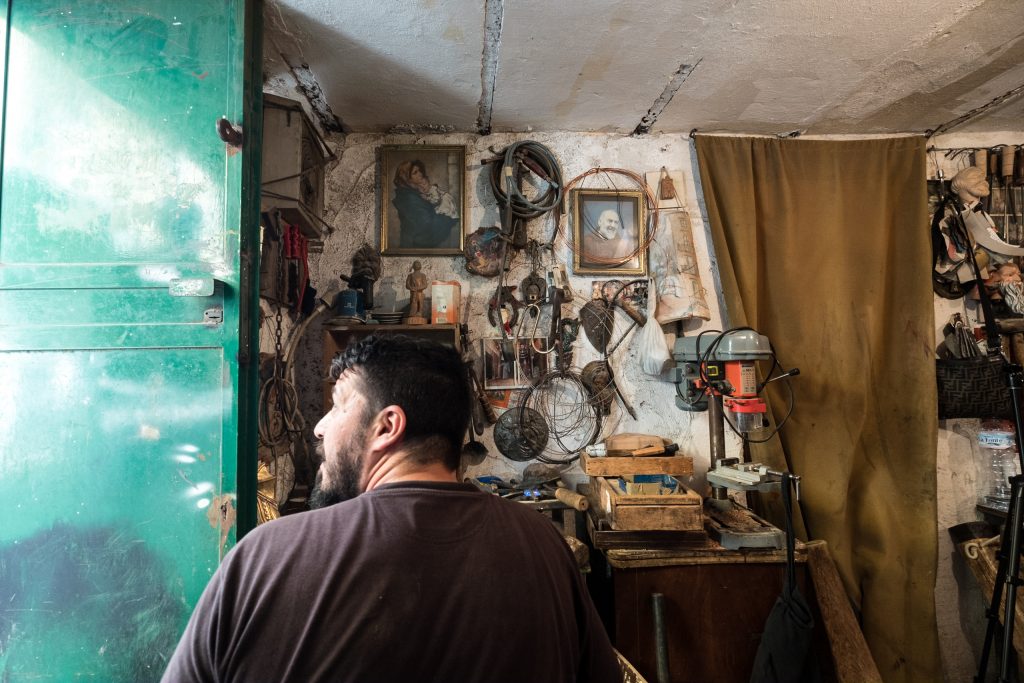 And most of all it’s Salvo Bumbello, artist by background, master puppeteer-maker, craftsman of stories, voice of the theatre of “his” Opera dei Pupi. MYOP with Bumbello family, with “Brigliadoro” company. We are all puppets. And all puppeteers.

We tell stories. We were born in this way, starting to tell and imagine, giving shapes to visions, naming everything, giving word to everything, as we walked along the path which has brought us out of the cave of our early history. Telling and lying (it’s not important to what end).

Ulysses did so at the court of the Phaeacians.

The “pupari” recite “subject”, and before them it was made by those who chanted the cunto; yes, because you want to call it the sing-song of those epic battles, of the Franco-Norman chivalry epic. It is not so far the contamination that has turned popular, popular, novelists by Chanson de Roland. But this is not the point. And if you want to deepen go to find Salvo in his laboratory.

He will tell you about viandanze, pilgrimages and theater houses. He will explain to you how the TV series were born, with which mastery the pupars knew the rhythm of the suspended stories and finals. He will tell you that the “profession is a hundred puppets”, just like that: for him the profession is not the art of knowing how to do it or to animate it, it is the puppets themselves. “To have a good job you need at least a hundred puppets” ?? He says.

Except the soul of the marionettes that inhabit it, in a game of mirrors that has nothing to envy to Alice and her wonderland. But Salvo is above all a craftsman. He works wood, fabric, metals; beats, smooths, rubs, firmly, chisels. And he tells. While working, while sipping his coffee, while he moves hidden, poised, in his Teatro dell’Opera dei Pupi. We were looking for the pleasure of theater and tradition and we found a forge, a workshop, a workshop of artisans, all enclosed in the body of a single man who, like a baby, speaks through metaphors and expresses himself with his voice and body Orlando, Rinaldo, King Carlo, Bradamante, Ferraù, Brigliadoro, Doralice, one at a time and all together, while we drink a coffee at the bar next to his shop. 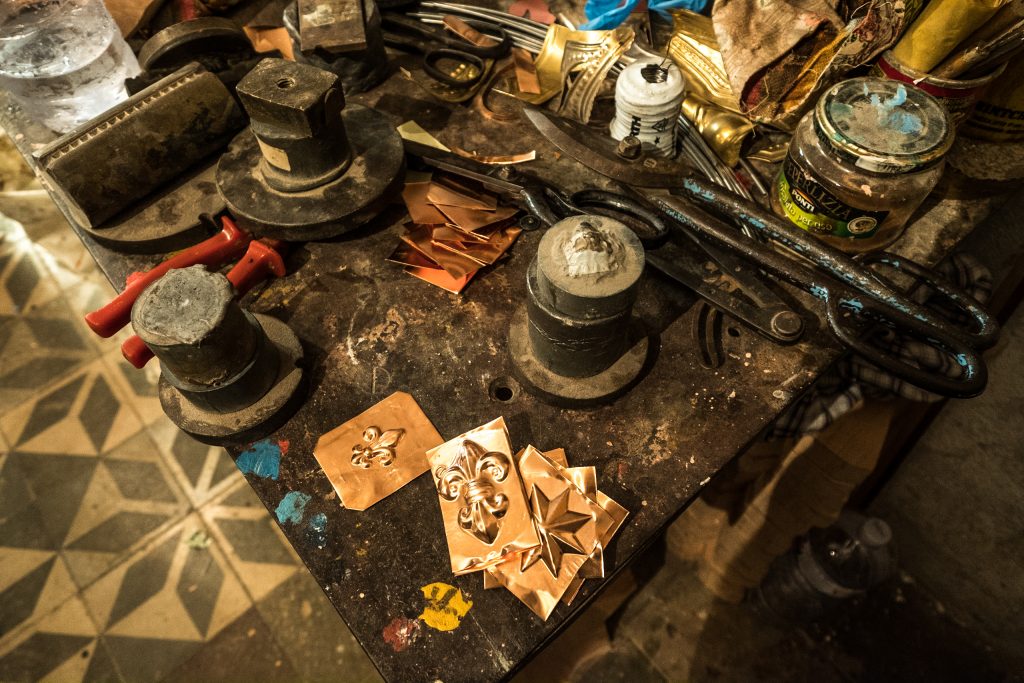 This site uses Akismet to reduce spam. Learn how your comment data is processed.

Find out more or adjust your settings.

This website uses cookies so that we can provide you with the best user experience possible. Cookie information is stored in your browser and performs functions such as recognising you when you return to our website and helping our team to understand which sections of the website you find most interesting and useful.

Strictly Necessary Cookie should be enabled at all times so that we can save your preferences for cookie settings.

If you disable this cookie, we will not be able to save your preferences. This means that every time you visit this website you will need to enable or disable cookies again.